As well as Moving up and getting on, I have written or co-authored over 100 articles, reports and books on migration. Here are links to some of my recent books, reports and blogs.

Crossing Divides: how the arts and heritage can bring us together (co-authored) British Future, April 2019. 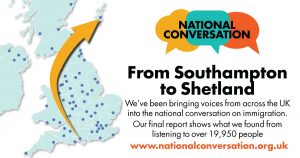 This book was based on my doctoral research and looked at the experiences of young refugees in secondary schools in England. While many young refugees do well at school, some leave education with few qualifications and little academic literacy in English. Drawing on labelling theory, I argue in that dominant discourses about trauma and vulnerability mask the diverse backgrounds of young refugees some poor quality educational provision in the UK.

Using oral history, this book narrates the experiences of refugees in becoming British citizens. Published to commemorate Metropolitan’s 50 years of work with refugees.

Beyond Naturalisation: Citizenship policy in an age of super-mobility (With Danny Sriskandarajah and Maria Latorre, IPPR, 2008)

This report examines how governments committed to integration might respond to the fact that fewer people are willing to take up British citizenship or able to establish long-term roots within communities.

The book addresses the question of why some migrant and minority communities in the UK are falling behind. Focusing on four case study communities, of people born in Bangladesh, Iran, Nigeria and Somalia, it examines their work experiences, skills, progress towards equality, their own perceptions of their ‘integration’, and how their fortunes might change over generations.

This paper explores the role that migrant workers play in rural areas, the economic impacts of migration on existing populations and businesses, and what future migratory trends might be. In particular, we consider whether recent migration to rural Britain has led to any risks for rural economies; and if so, how these risks can be managed.

Widespread media reports suggest that migrants receive priority in the allocation of social housing, and in doing so displace non-migrants. The Equality and Human Rights Commission (EHRC) commissioned research to commission research to look at the facts behind these views. We concluded that there was little evidence to show that migrants received preferential access to social housing.

A chapter in a book that reviews Labour’s progress towards a more equal society.

What next after Brexit? Immigration and integration in post-referendum Britain – British Future, August 2016. This looks at the opportunities for migration reform that will open up as a consequence of Brexit.

Report of the Inquiry into securing the status of EEA+ nationals in the UK British Future, December 2016.

High-, medium and low-skilled migration is essential for many businesses and public services such as the NHS. This paper looks how business voices could better make the case for migration.

This sets out the integration challenges that that newly-elected city mayors need to tackle and makes recommendations for action.

The manifesto challenge: 10 steps to restore confidence in the immigration system (co-authored) British Future, May 2017.

Getting it right from the start: securing the status of EU citizens in the UK (co-authored) British Future, January 2019.

While at the Refugee Council I wrote a number of books for children. These included library readers, as well as young fiction. I also produced some teaching resources, mostly for citizenship education. Some of these books are still in print (and sadly, still relevant).

For primary schools; the book contains background information and the testimony of young refugees written to be read by children. The resource book also contains a range of teaching activities appropriate to this age group. 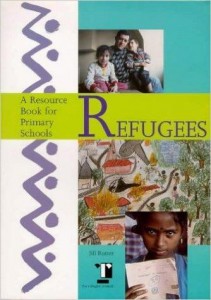